David was a family man. Us three girls meant the world to him. He was diagnosed with cancer in 2011 – and every appointment, when the doctors would ask him how he was doing, he’d talk about all of their achievements instead. He had a wicked sense of humour, loved films and Doctor Who, loved his fish and chips.

"It was always a bit of a joke – when we were out at a restaurant or whatever, he’d always get as close as he could to fish and chips."

But while he loved so many things, he hated anything to do with hospitals. When he was ill, I was also caring for my mum who had long-term health conditions. Then our youngest daughter, Elizabeth, who was 13, started fainting – and developed some health issues herself.

That’s where ellenor first came in; I started to get burnt out and I needed some help. During Carer’s Week I got this leaflet through about ellenor’s Carers Cuppa. So I thought I’d give it a try. They were such a lovely group of people; you’d go in and everyone was full of life and energy – and you could have a laugh and a joke.

But things with David were starting to get worse. He was quite resistant to the hospice. He thought it was where people went to die – and didn’t want to entertain it. But knowing how brilliant they were, me and the girls managed to get him to go along to one of ellenor’s fayres and he said, ‘It wasn’t what I was expecting.’

Around that time, we spotted an advert about ellenor’s seated exercise class.I persuaded him to check it out.

"It turns out Andy’s classes are absolutely brilliant – I was exhausted!"

I didn’t push it, but when the next week came, David asked, ‘Are you able to take me?’. When he was done with his class there was always a service on in the chapel, to say some prayers and light a candle. David used to go along and warmed to Ben, the Chaplain.

But then, the doctors told us that David’s treatment was no longer working. ellenor assigned us a nurse, Tanya. She ‘got’ David, his fears – how to make him receptive to what was going on. It was so tough because David wanted to be at home, but I really needed ellenor’s support. We knew where things were going but it was so hard for us as a family to cope.

We managed to get some equipment at home, a bed, a commode. Tanya just sorted it all. When medicine needed changing it was just done. But it was just too much – and one Friday night, David agreed to go into the hospice.

"From the minute we walked through the door, it was a lovely, caring atmosphere. "

Nothing was too much trouble – the chef even got him ice lollies which he loved. And I could be David’s wife, the daughters could be his daughters – not his carers.

That Monday was his 62nd birthday – and the first day of lockdown; he wasn’t really with us – though he did respond to noises and such. The nurses came in with a cupcake and sang ‘Happy Birthday’. It was really sweet. He passed away the next day, surrounded by us. We were, in many ways, so lucky. A week or so later it wouldn’t have been the same story for us.

Now me and the girls try to help ellenor like they’ve helped us – we’d never be able to cover the costs of all we received, but every little bit helps. We’re all booked on the Twilight Walk and we have a copper leaf on the Tree of Life. And we hope to go to Lights of Love this year – while we wait to have a proper memorial for David, it’s a beautiful way to honour his memory. 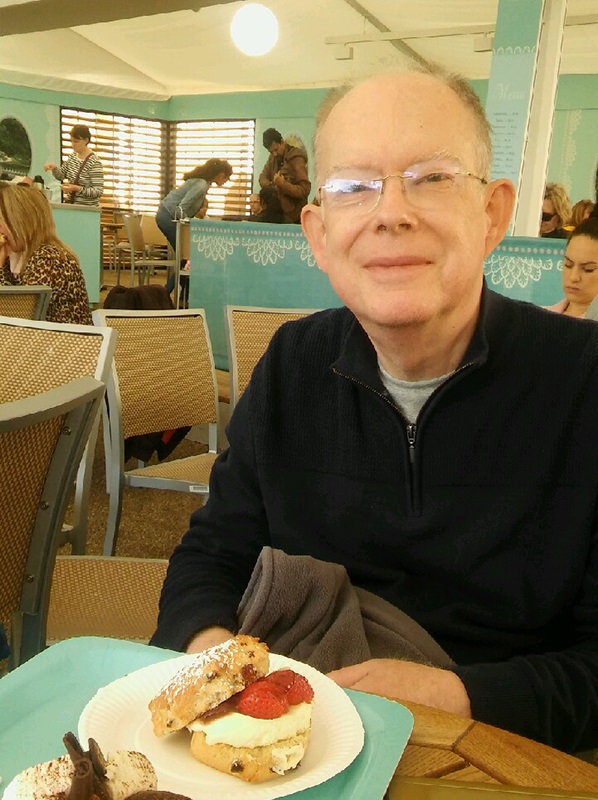 Join us to celebrate the lives of everyone we have lost - and help us give precious care and support to local families, as we all cope with the new realities.

LIGHTS OF LOVE
BACK