Supporter Engagement At ellenor: Guiding People Through The Fundraising Journey

After five years with ellenor, two and a half with Teenage Cancer Trust, and another half a decade at Demelza, Nicola’s journey has now taken her full circle – and it’s been as much a personal story as it has a professional one.

Because as well as giving Nicola her first (and most recent) opportunity in fundraising, ellenor played a part even earlier in her life; providing care to Nicola’s uncle, and supporting her loved ones. So, as well as affording her opportunities to learn and to take on a wide range of tasks, her role also allows her, in essence, to give back to an organisation that’s close to her and family’s heart.

So what does being a Supporter Engagement Manager at ellenor mean, exactly?

"Asked to describe the role in a sentence, Nicola says “we guide people through their desire to support ellenor”. For her, supporter engagement is about taking people on a journey."

And a varied one, at that. Whether it’s providing support to the fundraising efforts of nearby schools, canvassing local rotary clubs to raise money for syringe drivers, or engaging with ellenor’s participants in the London Marathon, it’s all within Nicola’s remit.

“What we offer is a really personal connection. When you’re fundraising for ellenor, you’ll be having an actual conversation with somebody. Compare that with one of the big charities; where you could be raising thousands of pounds, yet never speak to anyone."

“We’re able to provide something a little different to that automated process… something with a more personal feel”.

Like Nicola, who works closely with ellenor’s marketing and communication teams, this familial approach to fundraising doesn’t operate in isolation – rather, it’s a natural extension of ellenor’s close, almost symbiotic relationship with the local communities.

“The impact of our work is very local. Whether it’s the people delivering care, or those funding it, there’s always someone on your doorstep who will have interacted with our service in some way. We work with so many homegrown, local heroes”.

"Yet last year was 2020, after all, and even the heroes struggled."

COVID-19 has taken a big toll. Scuppering each arm of the Supporter Engagement team’s three-pronged approach to fundraising – corporate, community, and events – the pandemic has also impacted ellenor’s ability to generate income from these usually reliable areas of fundraising.

With vital events continuing to slide off the fundraising calendar, Nicola was forced into a real rethink. Basically, a ‘Plan B’.

That’s why for now, at least, the Supporter Engagement team is staying focused on what works and leveraging the popularity of ellenor’s current events within the community.

“With the Twilight Walk [September’s flagship event, which raises thousands each year] once we knew it could go ahead, we didn’t just want to run it – we wanted to grow it. We’ve had an impossible year, but because of our supporters, ellenor is possible”.

It’s easy to see what Nicola means when she says ‘impossible’.

“A huge portion of ellenor’s income comes from the average person. Whether that’s Christmas parties, cake sales, raffles, or quizzes,  they’re not often large amounts of money. But their value is in their cumulative numbers, with hundreds of people taking that step to support us in this way each year. We rely on these, and I’d love to be able to personally thank every single person that has donated.

These small-scale events, like their larger counterparts, have also been hurt by the spread of COVID-19.

"Still, a glance at what ellenor’s dedicated community of fundraisers has been achieving before and during the pandemic suggests there’s plenty to remain upbeat about."

Local lad Lee ran the gruelling 26.2 miles of the London Marathon, raising £3,000 for ellenor in honour of his mum and grandfather, and Judy took to the skies, plummeting 6,000 feet in a parachute to generate £1,056 in the name of husband Bob. Meanwhile, eight-year-old Elliott took to the screen, streaming his gaming skills live to add £250 to the cause.

ellenor hopes to add to these incredible stories in 2021, though there will certainly be challenges ahead.

Nicola and the Supporter Engagement team’s drive, passion, and optimism for the future will be a key guiding light, as the world continues to face down the pandemic and its consequences. But ultimately, it’s the belief and backing of the local community that makes it all possible. Without them, ellenor could not continue to provide the services it does. With them, there is hope. 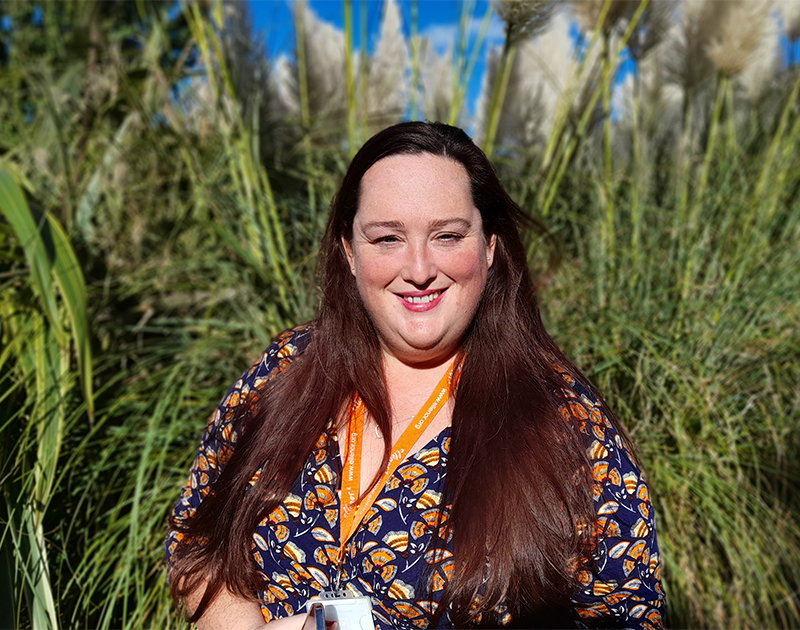