Getting The Most Out Of Life With The Help Of ellenor

Finally getting the correct diagnosis and treatment is key to helping families get on with their lives, which is why, for one mum, discovering what was wrong with her daughter was in some ways “a relief”. Now – with support from ellenor – the family is finding day-to-day living manageable again.

“When you know something is wrong with your child but not exactly what, it’s very frightening – it’s the stage when you feel things are spiralling out of control. Getting a diagnosis for Isla was a relief in some ways because suddenly all her symptoms made sense. And, of course, once you’ve got a diagnosis, you can start working on a treatment plan.”

So says Gemma Stanley, mum of four-year-old Isla, who was referred to ellenor by the Royal Marsden hospital in Surrey back in August.

Isla was born with Gorlin syndrome, which leaves her with an increased risk of developing cancer. At just three months old, she was regularly having episodes during which she stopped breathing – a terrifying time for her parents. After weeks of investigations, she was rushed to the Evelina hospital in London and given a tracheostomy within hours of her admission. Gemma stayed with her for the five-month treatment and recovery process: “You’re not discharged with your child until they’re well enough to cope physically, and you as their parent are able to cope in practical terms with the tracheostomy,” she explains. “I needed to be able to change the various tubes and, once she was at home, we had carers during the night so that someone was always wide awake whenever Isla needed care.”

Two and half years later, Isla was breathing independently, with the tracheostomy tube removed in the summer of 2018. In many ways, life seemed back to normal for the family – Isla was fit and happy and thriving at mainstream nursery, while Gemma and partner Ashley had decided the time was right to try for another baby.  Scroll on to February 2020 and Gemma was pregnant, but Isla was clearly unwell. This was the point at which Gemma thought things were on the verge of unravelling all over again: “The doctors were trying Isla on antibiotics because she was lethargic, vomiting and not eating. Then, I found a hard lump in her stomach.” A biopsy at the Royal Marsden in Surrey revealed a cancerous tumour on her kidney, with an immediate and intensive 27 weeks of chemo following its removal. To say it was a full-on time is an understatement. By July, however, the ellenor team were involved in Isla’s care.

“We were referred to ellenor via the Marsden, so that we could have help at home,” explains Gemma. “I’m a local girl and it’s always been ‘our’ hospice – my nan died in their excellent care and subsequently as a family we’ve always supported ellenor’s Christmas fundraising activities and friends who’ve done ellenor’s Twilight walk. I was really surprised, though, to learn that the charity offers so much holistic support for people who are more preoccupied with living than dying. It’s not possible under the current circumstances, but we know that ellenor has also offered fantastic support in terms of holidays for families, and group days out – something they’ll continue to do once restrictions are lifted.

“We have a team of nurses who come in weekly to check Isla’s bloods and change her ‘wiggly’ – the name we have for her portacath -  and it’s just brilliant: it’s one less hospital visit for us, and Isla is so relaxed with the team that she just watches TV while they do what they need to do. The nurses will also make sure I have all the equipment and medication I need – back in the days when I was dealing with the tracheostomy, I had to order some of the supplies myself.”

Gemma says that the ellenor team’s weekly presence – and constant availability at the end of the phone – has made life so much easier for her and Ashley, not only as Isla’s parents but as mum and dad to Brooke, too, who was born back in September. “It’s been a very full-on time,” says Gemma in what sounds like something of an understatement. “But we’re getting on with life as a family and Isla’s very good with Brooke – no sign of the sort of jealousy you sometimes see when a new baby comes on the scene!

“We’re so proud of Isla – she’s cheeky, funny and strong. While Covid hasn’t made things any easier, you can feel isolated even under normal circumstances as a parent with a sick child. The fact that now we all feel isolated is something of a leveller. We’re so grateful to have a whole team of people supporting us – family, friends, medical experts – and the brilliant team at ellenor is a key part of the network that’s helping us get on with our lives.” 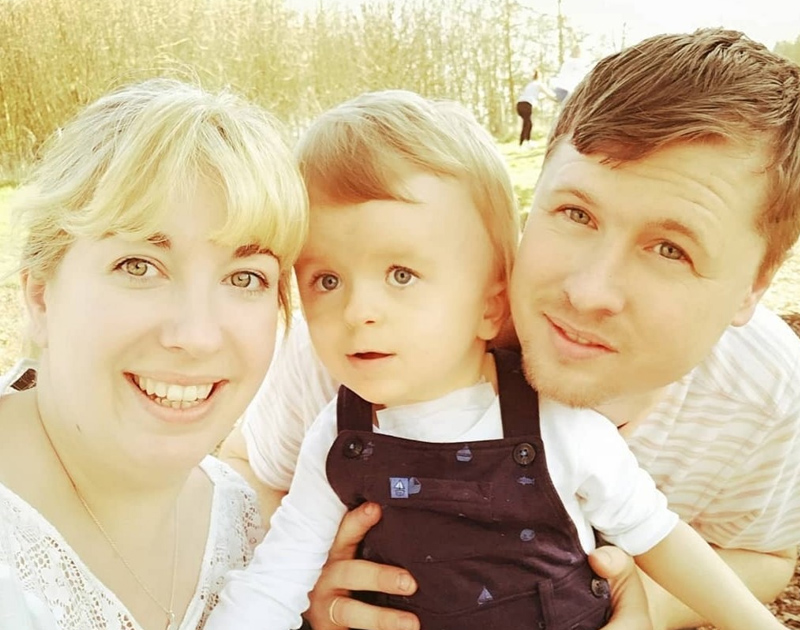